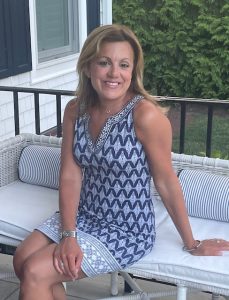 Nicole Monat, Founder, President and Trustee of Friends Grow Friends Foundation, Inc., is a stay-at-home mother of three young boys aged 12, 9 and 7.  Her oldest son, Sam, carries diagnoses of High Functioning Autism Spectrum Disorder and ADHD.  Sam’s treatment began from the age of 16 months, and, throughout this journey, Nicole has been heavily involved in every aspect of Sam’s development.

Her carry-through of therapeutic interventions within the home has been critical to the astounding progress that Sam has made.  While Sam still receives services at home and in school, he is a happy and social little boy who learns in a mainstream classroom with a modest amount of support.

Her vision for Friends Grow Friends Foundation, Inc., comes from the social progress that Sam was able to attain during play dates, when she would have Sam’s behavioral therapist attend and help facilitate Sam’s play dates.  Nicole would like to offer other children this kind of support where they often need it the most — interacting with their peers in scenarios that are typical for all children to experience.  Friends Grow Friends Foundation, Inc. will utilize all that Nicole has learned over the past seven years and give children, both typically and non-typically developing, the opportunity to build stronger social skills and capture the joy of being a child.

Additionally, Nicole has a unique range of skills given her varied work experience prior to becoming a mother.  After receiving her Masters of Business Administration from Columbia Business School (with a concentration in Marketing and Management), Nicole was chosen to participate in Novartis Pharmaceuticals’ prestigious Management Leadership Development Program, and worked in the market research group supporting the Stavelo (Parkinson’s Disease) and Focalin XR (ADHD) brands, as well spending time on the company’s managed care team.

Nicole also was a Product Manager for the immunosuppressive drug Myfortic, which helps protect against organ rejection after transplant.  Prior to business school, Nicole worked as a salestrader for two international banks, Bayerische Hypo- und Vereinsbank and Fortis Bank, in their Syndicated Loan Sales and Trading groups.

Nicole’s strong business background, as well as her extensive and intensive involvement in Sam’s treatment, give her a unique skill set to oversee and run Friends Grow Friends Foundation, Inc. 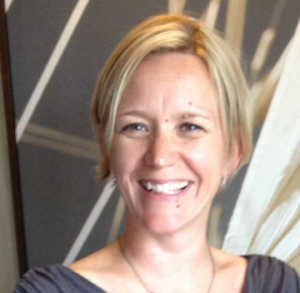 Kristin Foley has been a Board Certified Behavior Analyst (BCBA) for a decade and has been working with individuals with a range of abilities and disabilities since 1999. Her professional interests lie in designing meaningful measurement systems, training behavior analysts, and supporting families, as well as effective collaboration and fluency-based instruction. She received her Masters of Education from Antioch University, her Masters Certificate in Applied Behavior Analysis from the University of North Texas and became a Board Certified Behavior Analyst in 2008. Kristin is a certified Special Education teacher with more than 3000 hours of direct experience implementing and supervising behavior analytic intervention programs.

Kristin’s experience includes establishing and managing a model preschool for children with Autism and their socially typical peers in Seattle, Washington.  She also served as Preschool Coordinator at the Douglass Developmental Disabilities Center at Rutgers University.

Kristin is currently an adjunct faculty member at Endicott College where she teaches graduate classes in the areas of Autism Spectrum Disorders and Applied Behavior Analysis. She also maintains a private practice that focuses on supporting individuals with Autism, ADHD, anxiety and related disabilities in their home and school environments.

In addition to being a Clinical Supervisor, Kristin also sits on Friends Grow Friends Foundation, Inc.’s Board of Trustees.

Philip Strobel is a graduate of Georgian Court University, with a B.A. in Psychology, and received his M.S. Ed. Autism/ABA program at Monmouth University. Currently, he is within the process of studying to become nationally certified. In addition to working at Friends Grow Friends, he also works as a behavior technician, under the supervision of a Board Certified Behavior Analyst within home-based behavioral programs. While at Monmouth University, Philip was the active student representative for his program on NJABA’s Student Committee.  He is also a co-author of a social and emotional learning (SEL) curriculum utilized within scholastic esports focusing on building SEL skills specific to esports, as well as skills in the areas of self-management and mindfulness.  Philip’s hobbies include disc golf, video games, riding his motorcycle, and spending time with his wife and dogs.  His favorite part of working with Friends Grow Friends is helping friends form friendships while simultaneously working on building skills that can be utilized throughout their lives.

Allie Copman graduated from Monmouth University with a Masters of Education in School Counseling. She completed her Bachelors Degree at the University of Delaware majoring in Human Services, with minors in Sociology and Disability Studies. Allie has worked at Forrestdale School in Rumson since 2018 as a School Counselor and Character Education teacher. In addition, she is the advisor for the Peer Leadership program. She has worked for nonprofit agencies as well as in public schools. Allie enjoys going to the beach, spending time with family and friends, and traveling. Her favorite part of being an educator is supporting children to be their best selves and biggest advocates.

Mike is a graduate from both Pennsylvania State University and Monmouth University. He has a Master’s degree in Mental Health Counseling and is a Licensed Associate Counselor in New Jersey. Having worked for The Arc of Monmouth County for over seven years, Mike has experience working with a wide variety of individuals and their families. He hopes to continue to pursue his professional aspirations in both individual counseling and career counseling.

Jonna Viggiano is a special education teacher at the Joseph C. Caruso School in Keansburg. For the last 15 years, she has taught various grade levels such as Kindergarten, second, third, fourth and fifth grades. Jonna’s main objective is to help children reach their fullest potential.

Kendall is a second-year graduate student at the University of Delaware receiving her masters degree in Speech-Language Pathology. At UD, she is currently providing group speech-language pathology sessions for clients with Autism Spectrum Disorder and individuals in early intervention services. She has previously worked with clients for articulation, aphasia, and transgender voice therapy. Kendall is an instructor as well as FGF’s Operation Manager, and she hopes to carry her clinical skills to the Foundation.

Lenny Apa graduated from Kean University with a Bachelor’s degree in education and English. He is certified to teach both general education and special education. He currently teaches high school English, creative writing and journalism. He is also the advisor for his school’s newspaper, and leads the school diversity club. Aside from teaching, his favorite role in the school is acting as a teacher mentor for students. Lenny enjoys reading, playing video games, and writing. His favorite part of being an educator is building a connection with his students and helping them develop the tools to succeed in life.

Heather is a first-year graduate student at Georgian Court University in Lakewood, NJ. She is working towards a master’s degree/CAGS in school psychology. Heather has experience working and volunteering with children with a range of diverse needs in several different settings. She enjoys spending time in nature, being active, exploring new places, and being around animals. Heather is looking forward to facilitating an environment for friendships to flourish and for friends to gain the tools necessary to succeed socially.

Dr. Strobel is a certified school psychologist and licensed psychologist. He is the founder and director of Navesink Psychological Services.

Dr. Strobel received his bachelor’s degree in psychology from Stockton University, and his master’s and doctoral degrees in school psychology from the Graduate School of Applied and Professional Psychology (GSAPP) at Rutgers University. While at GSAPP, Dr. Strobel earned a concentration in Psychological and Systems Support for Learning and received the Virginia Bennett Award for exemplary work supporting minority youth. In addition, he studied sport psychology. Dr. Strobel has over 10 years experience working in the public school setting as a school psychologist. He has worked at all levels (preschool through high school) in the school setting and with the entire age range in his private practice.

Dr. Strobel has created highly successful programs that have allowed children with mental health and other needs to remain in their schools, participate with peers in sports and camps, and be successful members of their communities. Dr. Strobel is certified to provide the Comprehensive Behavioral Intervention for Tics from the Tourette Syndrome Behavior Therapy Institute (TS-BTI). He is a Lifelines Trainer for the Mental Health Association of Monmouth County which provides training to schools on suicide prevention, intervention, and postvention.

Dr. Strobel is also a supervisor for doctoral candidates from Rutgers and often guest lectures on a variety of topics including supporting acting out students in the classroom, youth suicide, and school avoidance.

Jeffrey Monat, Treasurer and Trustee of Friends Grow Friends Foundation, Inc., received a Bachelor of Science in Economics from The Wharton School at the University of Pennsylvania.  He has worked at a number of financial institutions throughout his career.  In 2001, he began his career in the Mergers and Acquisitions department of Goldman Sachs. At Goldman, Jeff helped advise clients on M&A transactions, financial valuation and corporate governance issues. He then worked in the GS Principal Strategies Group, analyzing public-market opportunities for the firm’s proprietary investment fund.

Jeff is a Trustee and volunteer for the Brad J Pinkowitz Foundation, which was formed to assist under privileged pre-school and elementary school children with educational toys and school supplies. Additionally, Jeff has first-hand experience with helping to develop the social skills of his son, Sam, who is on the autism spectrum.  When he isn’t working, he is an integral part of Sam’s treatment plan and has dedicated his free time to gaining a thorough understanding of how kids like Sam grow and develop.